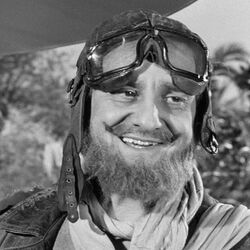 If you ever watched Gilligan's Island, one of my favourites as a kid, you may remember a pilot who visited the island a few times. His name was "Wrongway Feldman" due to his atrocious navigational skills and his inability to ever get where he was headed. Rumours are that his skills were not as bad as portrayed, and some of it was intentional. I followed in his shoes yesterday.
We left Norman's Pond first thing in the morning, headed for Nassau.
As I mentioned in the last post (Cocaine Island), the entrance to the pond is extremely shallow and can only be traversed at high tide. Well it was low tide when we were ready to go, so instead of waiting several hours for the tide I decided to give it a try and see if we could make it out. After running the length of the pond I slowed the boat to one knot. I kept my eyes on the depth sounder, while Kyle stood on the bow watching the bottom. We squeeked through the twisty and turny entrance channel until we finally turned south and approached the last shallow bar. I put the boat into neutral, and let our momentum carry us. I watched the depth reading as it got shallower, 1.5 meters.... 1.4.... 1.3.... 1.2.... 1.1... We bumped under the right hull, and ground slowly to a stop. I went into slow reverse, applying more thrust to the right engine, and we pulled free of the sand. I moved us back 10 meters, turned left a bit and tried again. We were about 5 meters to the left this time and the left hull started to dig in and swing us to port. We had now discovered that the opening was not more than 10 meters wide, it was going to be a tight squeeze on a 7 meter wide catamaran. We backed up again, and tried to split the difference. Moving through the middle, and we coasted on through. I watched the depth again, and suddenly it went to 1.2, then 1.3.... 1.4.... As the water began getting deeper again I throttled up, and a few minutes later we were going through the rocky pass out of the pond and out into the ocean. The shallow draft and long flat keels make this an amazing boat for creeping through shallows that are less than waist deep.
Once we were clear of the island we set our sites for Nassau and put out the sails. We crossed the Yellow Bank at 7.2 knots, silently racing two other boats. At 1 in the afternoon, the catamaran "Tomcat" was 6.23 miles ahead of us. By 2pm their lead had dropped to 5.57 miles. At the same time "Endless Summer" went from 5.42 down to 4.75 miles ahead of us. In the same wind and the same direction, we were traveling 3/4 of a knot faster than either of these two boats.
We were doing so well that by 3:40 in the afternoon we had arrived at Nassau. A turn to the right and we passed right by, making for Grand Bahama. Wrongway Feldman strikes again!
As we entered the deeper ocean waters north of New Providence, Kyle put out his fishing lines. A short while later he caught a Barracuda that he landed and released. Another 20 minutes goes by and he notices that one of his hand lines is not going straight back, but is off to one side. He begins to untangle the line and reel it in when suddenly a huge Mahi-mahi breaks the surface and jumps into the air. "FISH ON!" Everybody scrambles to get into position as Kyle reels this large fish in and lands it on the back deck. It didn't take long for Kyle and Charlena to fillet the fish (the first time either had done a Mahi-mahi) and soon it was bagged and into the fridge. Kyle and I took turns over night at the helm. The night time in the Bahamas the winds die down, the sea flattens out, and silence descends. Night time sailing with only the stars to guide you. Well, maybe not ONLY stars... there's also a few million dollars worth of satellites orbiting the earth talking to tens of thousands of dollars of navigation gear on board, but who's counting.
Around 2am, Kyle woke me as there was a tanker nearby that was getting closer. I checked the AIS system and saw that in 10 minutes, we'd be only 1/4 mile apart. So I got on the VHF and called the ship on channel 16. They acknowledged and I requested we go to channel 14. When we re-established communication on 14, I informed them that we were the small catamaran under sail about 2 miles off their port bow. The AIS showed that they would be crossing our path in a short distance with about 1/4 mile clearance. I informed them that we were on a bearing of 307 degrees headed to Port Lucaya. They came back stating that they had just adjusted course to keep clear. We wished each other a safe voyage, and said goodnight, switching back to channel 16.
It is so strange to see a million ton, thousand foot long tanker happily changing course to avoid a small sailboat like ours.
The sun rose around 6 in the morning with Grand Bahama Island dead ahead.
A little over 29 hours after we pulled anchor, we dropped our sails and glided through the Bell Channel, arriving safely back at Grand Bahama Yacht Club. It feels like home here, and lots of good friends are here to welcome us back.
contentmap_plugin