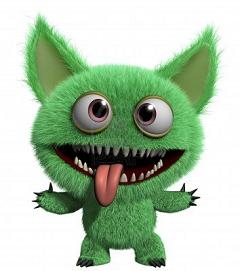 We spent the weekend chasing a nasty gremlin on the boat.
On a calm, windless morning, with our port engine completely rebuilt and ready to go it was time for a test run.  Getting the air out of the fuel lines took a bit of time but when it was gone the engine turned over and caught right away, purring quietly. Kyle untied us from the dock and hopped aboard as we backed out. We motored out for 15 minutes, checking the engine every few minutes. An oil leak turned from a drip into a dribble and I shut down the port engine. We came back in on the starboard engine and tied to the dock.
It took a day and some talking with our Perkins dealer to find the problem. I made a new gasket and found some shorter bolts to cover the accessory drive.
The next day we were ready to try again, but it seems the gremlin was still on board. The engine fired up easily without a drop of oil in sight. But with the tachometer sitting at zero RPMs, and both the alternator and low oil pressure light showing, we shut down the engine again. So began a two day hunt for finding the gremlin.
Eventually switching the wiring harnesses between the two engine panels tracked the issue to the electrical wiring.  Another two hours and the problem was tracked to a single wire, the house battery sense wire. Since the alternator can charge the house batteries, it needs to know what the voltage in those batteries is. That wire had developed a short, and that was the whole problem. Once disconnected the gremlin was gone.
We just got back from another very successful test run with everything working perfectly, including our new depth sounder. For the first time we could see how deep the water was that we were in.
Jerry, on Excelsis Deo, sailed out with us and a mile out we dropped anchor and he rafted up to us. That's where another boat comes along side and ties to the side of our boat. While there we checked our internet and still had a good signal using our booster. Kyle dove to clean the bottoms but the water was way too murky (the St. Johns river is really gross).
Meanwhile, back in Ontario, the kids tell us they got 10 centimeters of snow last night. Not happening here...
Our plan now is to depart from Reynolds Park Yacht Center either over the weekend, or on Monday at the latest. Our adventure is about to (re-)begin!
contentmap_plugin