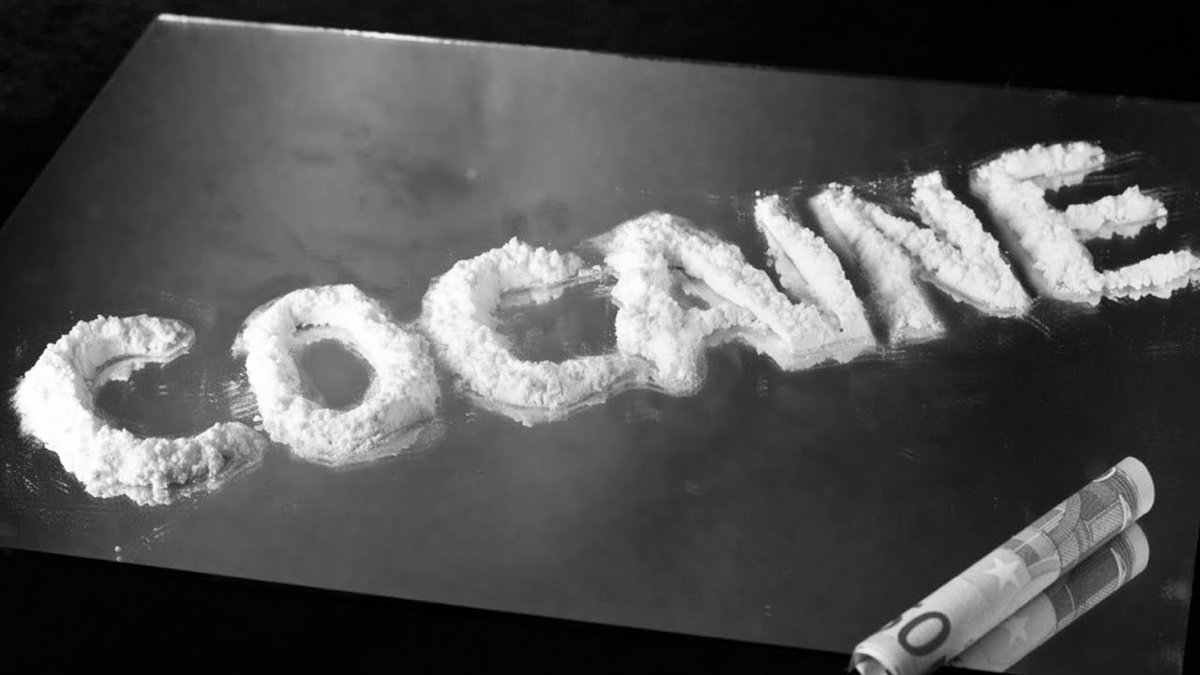 Tonight is our last night at cocaine island. In the morning we will be heading to Nassau.

Norman's Cay, aka Cocaine Island, gained notoriety when in 1978 the drug kingpin Carlos Lehder used it as a base for his very profitable cocaine smuggling operation.
Millions of dollars of cocaine passed through Norman's Cay in the 80's, while local officials turned a blind eye. The CIA set up a covert surveillance station a few miles south to track Carlos's movements.
Lehder is often credited with revolutionizing drug smuggling. The typical method of transporting small shipments, often carried by human drug mules, either through ingestion or in their luggage, onto commercial airlines, was surpassed by the use of small aircraft shipping entire loads of cocaine.
Lehder eventually constructed a 1,000 meter (3,300-foot) long runway for his fleet of aircraft. The island was a strategic point for Colombian drug flights to refuel and rest before proceeding to the United States. Making low level flights into the US, landing quietly at makeshift runways and in farmer fields throughout Florida, Georgia, and South Carolina, where they would dump their loads and be off again in minutes, allowed them to evade the US Coast Guard and DEA agents.
In order to protect the island, armed guards and attack dogs patrolled the beaches and runway, and radar was employed. Any pilot foolish enough to land there was quickly warned off by heavily armed guards.
We met a couple who went ashore here in the 80's where they met a guard carrying a sub-machine gun who looked very surprised to see two cruisers just walking along the beach. He recommended that they shouldn't be there. Seeing the machine gun he was carrying, they agreed and quickly left the area.
The island became a location for partying. Carlos Toro remembers, "Norman's Cay was a playground. I have a vivid picture of being picked up in a Land Rover with the top down and naked women driving to come and welcome me from my airplane... And there we partied. And it was a Sodom and Gomorrah... drugs, sex, no police... you made the rules... and it was fun."
Marine biologist Richard E. Novak, the island's former dive master, fought back, waging a heroic but ultimately futile one-man war to liberate Norman's Cay. Not until 1982, under pressure from US law enforcement, and despite years of turning a blind eye, did the Bahamian government begin to crack down on the island's drug-smuggling operations. In 1987, after Lehder was arrested in Colombia and extradited to stand trial in the U.S., his property was confiscated. 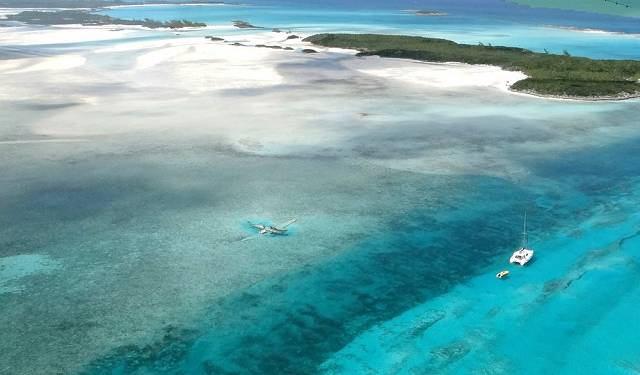 Today there are still some ruins of the old Norman's Cay Club standing, covered in bullet holes from being used as target practice. But the neatest remnant of this by-gone era is the wreck of a Curtiss C46 Commando cargo airplane sitting in a few meters of water just east of the airstrip. While some will tell you it was shot down by US forces, or by Bahamian forces, the truth is a little less exciting, but just as interesting. The pilot was on approach with a load of sod for the island. Knowing he would soon be taking off with a load of drugs for the US he did a "touch & go" on the runway and went to loop around again. Only once he was back up he stalled the plane and it went down in shallow water. While I'd be terrified if I had just crashed my drug-lord's new plane, Carlos just shrugged it off and ordered a new plane.
The drugs continued flowing for several years before Bahamian forces raided the island. At the time of the raid however, Carlos and his head people had left the island. Rumours swirled that one of the police, judges, or politicians who were on Carlos' payroll had tipped them off.
Local Bahamians were furious at this botched raid. Not only did it not catch any real criminals or drugs, but it ended up putting all the locals out of work. No longer were locals being brought in to construct buildings, or service boats and aircraft. Local farmers no longer supplied food to the island, and the economic repercussions of the botched raid were felt in the area for years.
Geographically Norman's Cay is rather unique as the majority of the island wraps around and shelters Norman's Pond (aka North Harbour. This 2 Km (1.5 mile) long by 1/2 Km (1/4 mile) wide pond is a mating and breeding ground for Hammerhead sharks come fall time. Until then it is an amazing shelter. While most of the pond is 5 meters deep, the entrance is not. Traversable at high tide only, the shallow entrance becomes sand flats at low tide. Only shallow draft boats like Sail Quest can manage the passage into this secluded area.
We anchored right up at the north end where Cedar enjoyed playing on the beach, and Charlena and I went for some lovely walks along the small single ane road that runs the island.
With it's secluded location, and sheltered geography, it was tough getting internet, but we eventually took our phone, put it into a waterproof container, and ran it up the mast. Rebecca was then able to do her schoolwork. Seems like half of life on a boat is improvising things.
contentmap_plugin