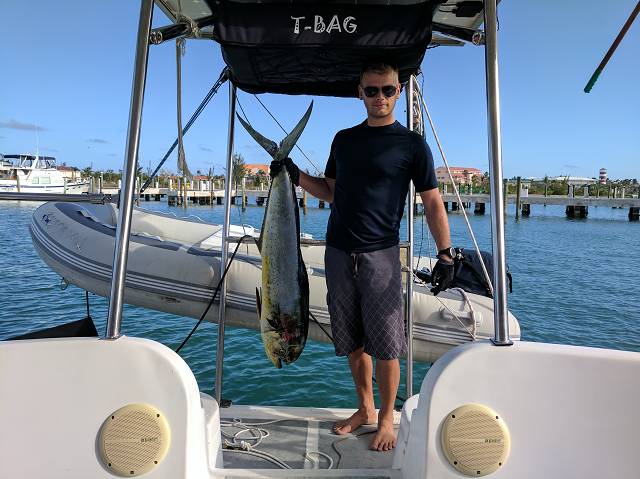 We would have loved to had a picture of the whale but it was so fast from the time I realized it was something of interest until it was gone that nobody had time to grab a camera. We did, however, get a picture of the fish!
Fabian (the dockmaster here at Grand Bahama Yacht Club) helped filleting this fish and showed Kyle how to do it. So we gave him a huge piece. We also gave some to Tasha. As Charlena and Kyle were bagging the pieces and freezing them, we ran out of room in the freezer. No problem, as a new sailboat had just arrived at the yacht club, so we gave the last few pieces to them. In all we gave away over half of the fish, and yet we put over 40 servings in our freezer. We're going to be having fish for a while now... yum!